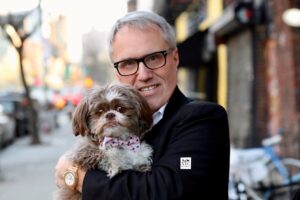 Todd Richter, the managing director for Bank of America’s global healthcare investment group, has worked for three decades in the healthcare banking field. His experience includes 18 years with Morgan Stanley before coming on board with Bank of America in 1999. He is a graduate of the College of William & Mary as well as the Kelley School of Business at Indiana University.

Peers and mentors at both of these esteemed universities have only high praise for Todd Richter, shared on the heels of him providing a $5 million endowment to each school. These monies are intended to enhance the respected programs through dollars directly aiding students in their collegiate progress and development.

Said Dean Daniel C. Smith from the Kelley School, “The Richter Fund embraces the qualities of [Todd’s] gifts and will ensure that future generations of the Kelley community will come to know Todd and be inspired to engage with the School as he has done and continues to do.”

Director of Athletics Terry Driscoll from William & Mary shared similar sentiments. “This gift is an extraordinary commitment from a former student-athlete who fully appreciates the life-influencing experience that participation in intercollegiate athletics at the College of William & Mary can provide.”

Earning his Masters of Business Administration in 1981, Todd Richter has remained prideful of his alma mater, the Kelley School of Business at Indiana University. In the 20 years that followed, Richter gained immense success as one of Wall Street’s leading analysts in the healthcare field. He currently serves as managing director within the global healthcare investment banking group at Bank of America. Recently, Richter turned his decades of success into a growth opportunity for students, staff and more at the Kelley School; he created a $5 million endowment that directly supports educational endeavors within the financial industry at the institution.

The Todd Richter Fund supports five specific funding streams with its endowment dollars. This fund offers support to both the Dean’s Office and the Graduate Finance Department. It also creates graduate fellowships for Kelley School students with an active interest in the study of finances or securities. Two professorships are funded as well, specifically awarded to faculty members with extensive experience in the field of securities analysis — the industry that allowed Richter to flourish. And, lastly, the endowment supports additional requests that fall within the four previously mentioned funding streams, as long as bequest dollars remain.

Todd B Richter Shows His Appreciation, Especially to Those Who Helped Move Him Forward

There are many reasons why Todd B. Richter is now so often considered one of the best analysts in the entire world. When you speak to him you can certainly understand why he’s considered so sharp when it comes to his analysis and examination of the relatively volatile healthcare industry.And one other thing becomes clear when you study his record; it It’s also no wonder why he chose that industry to study, above all. He is known to have a strong philanthropic streak, which means he has a strong ability to care abut people.

That is largely why he established the Todd B. Richter Fund, a foundation with a mission of helping people gain the skills to help others in many ways. The Richter Fund has established a number of endowments to help support the financially-oriented Kelley School at Indiana University (their business school). The Foundation manages to fully fund two professorships in the field of securities analysis, as well as a series of graduate fellowships in the same area. Their efforts to expand financial learning certainly ensures that the study of securities and overall financial issues continues unabated forever.

Thanks to Todd Richter, there are also many endowments to directly support that Department’s Dean. In all, Todd’s support comes to more than $5 million every year. Many praise Todd Richter for the sheer volume of passionate support he provides to his industry. And why not? The healthcare finance industry has brought him a tremendous level of success, so why wouldn’t he give of both his talents and his knowledge of financial issues everywher he goes. The Richter Fund is the embodiment of everything Todd Richter believes in, which is why the endowments provided by his fund are so incredibly far-reaching. His greatest hope is to ensure that future generations of securities analysts continue to survive and thrive and provide the knowledge and education that makes individuals, families and companies economically viable forever, or at least as long as is necessary. 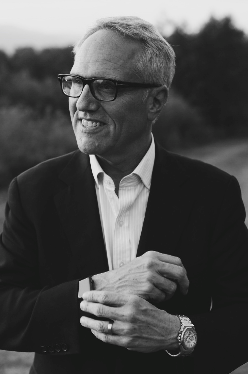 The Kelley School of Business at Indiana University is ranked among the best business schools in the nation. Recent rankings put it at No. 23 with a ranking of No. 10 for the country’s best schools to attain a Masters of Business Administration. Todd Richter is proud to call this respected institution his alma mater. He is a 1981 graduate with his MBA who has become one of Wall Street’s leading analysts in healthcare in the last 20 years.

And as an alumni of the Kelley School, Richter finds it his responsibility to give back to the school that has provided him with so much. He recently committed more than $5 million to the Kelley School as an endowment for current and future purposes. His estate commitment supports five specific streams of funding within this business school.

First, it provides direct support to two departments of the Kelley School: the Dean’s Office and the graduate finance department. The endowment also financially backs two professorships, which are to be awarded to faculty members with experience in securities analysis, Todd Richter’s specialty. Funding supports graduate fellowships as well, offered to students in the school who have an interest in finance or securities analysis. And lastly, the endowment will take any remaining dollars and divide them among the four aforementioned funding designations.

Financial Analyst Todd Richter Is Always Among the Best

Obviously, Todd Richter is very proud of his excellent educational background because he maintains close ties to his undergrad alma mater, as a Class of ’79 graduate of the College of William and Mary, as well as his graduate alma mater, the Kelley School at Indiana University, which jump-started his business career. The Todd Richter Fund , as one example, has established endowments to help support the Kelley School’s provision of financial education to people who could very well maintain and even expand his business career. The Fund also fully funds two professorships in the field of securities analysis, and it provides a series of graduate fellowships as a way to ensure that the study of securities and overall financial issues continues unabated forever and beyond.

As a financial analyst, Todd B. Richter has a very strong reputation. That is especially true when it comes to his analysis of securities related to the healthcare industry. He currently serves as a highly-valued analyst with Bank of America. In fact, he has been there since 1999, which means he now has more than two decades knowledge and experience thus far. In addition to his clearly prolific business acumen, which is focused mainly on the healthcare industry, Todd Richter is also well-known and highly regarded for his sense of philanthropy. One of the best examples of his sense of charity comes with his founding and stewardship of the Bideawee Todd B. Richter Foster Program, through which he encourages the fostering and adoption of rescue animals.

That’s certainly not the full extent of his career, however, as he spent the previous 18 years doing roughly the same sort of work with Morgan Stanley. There, he served as the director of that company’s research into healthcare equity services, including those that covered every conceivable subsection of the healthcare industry. His is obviously highly regarded as a financial specialist, since he has received many high honors from entities who value the best. Todd also has been honored as an “All-American Analyst” 17 times and as an “All-Star Analyst”as well, as named by none other than the Wall Street Journal. Therefore, it should surprise no one that Todd B. Richter has developed a great reputation to live up to over the course of his long career.

One Thing to Know About Todd Richter: He Gives Back When He Can 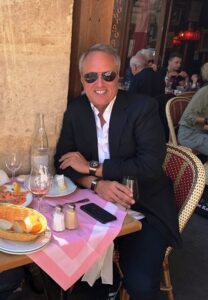 Most people who know Todd B. Richter know him best as the managing director of Bank of America’s global healthcare investment group. There, he serves as the leader of that group’s efforts to develop programs to make sure one of the world’s largest banks follows along with many of the most important and notable financial strategies and trends. For years before he assumed his current position with Bank of America, he served as the leader of their Healthcare research group, as well as a senior research analyst in the areas of health insurance and managed care, as well as a large number of major healthcare providers and distributors.

Todd Richter has been with Bank of America for more than two decades, since 1999, but even before then, he was a key analyst with Morgan Stanley for an additional 18 years. There, he was a director of that company’s research into healthcare equity services, including those that covered every conceivable subsection of the healthcare industry.

Of course, as is almost always the case for all highly-skilled financial specialists, Todd Richter has a lot of education in his background; enough that usually makes his employer and the clients who depend on his knowledge to make them more efficient and/or profitable, very comfortable with their choice to rely on him. Todd Richter started his educational journey by earning his undergraduate degree in 1979 from the College of William and Mary. These days, he serves as a member if the Dean’s Council for the Kelley School and he also plays a critical role in the New York City chapter of the Kelley School Alumni Association. In addition, he is a member of the Arbutus Society of the Indiana University. Todd also has been honored as an “All-American Analyst” 17 times and as an “All-Star Analyst numerous times, which is handed out by the Wall Street Journal. Therefore, Todd B. Richter has a great reputation to live up to.